Home Health & Hospice Legislation at the Start of the New Year 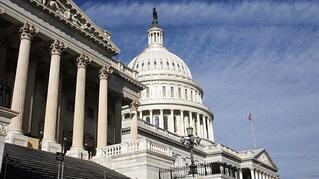 NAHC provided it's members with a quick review of where home health and hospice stands legislatively at the beginning of 2018 in today's issue of the NAHC Report.

The rural add-on payment modifier expired on December 31, 2017. This 3% payment add-on applied to services provided in rural areas. It has been in and out of existence since 2001 and dependent on legislation to continually extend its availability. The most recent extension was for two years and was included in the Medicare Access and CHIP Reauthorization Act (MACRA) in 2015 expiring at the end of 2017. The National Association for Home Care and Hospice (NAHC) has been working with congressional leaders to ensure its continued success. Unfortunately, a proposal emerging from the Senate aims to target and phase out the rural add-on over the next three-to-five years, depending on geographic population and profit margin statistics. Meanwhile, the House of Representatives have suggested they would prefer a simple clean extension of the add-on at current levels. Yet to be determined is which of these two options will prevail.

Historically, the collection of other Medicare programs that are time- limited are bundled together and voted on as a block, known as the Medicare Extenders Package. This package had long been anticipated to be voted on in December, potentially included with the Childrens Health Insurance Program (CHIP), which expired in the fall. However, with a slew of other important legislation under consideration, the extenders package was not acted upon.

In mid-December, Congress voted to extend federal government funding to January 19 of this year. NAHC hopes to see the Medicare Extenders Package, and thus, the rural add-on, included in the vote to continue federal funding. However, there are indications that congressional leaders will push Medicare and CHIP extension activity to later months. In the meantime, NAHC will continue to meet with Members of Congress and encourage them to act swiftly to protect rural home health patients. We encourage you to do the same. NAHC’s Legislative Action Center is an easy to use vehicle to connect with your elected officials. Please use the link to add your voice and advocate for home health access.